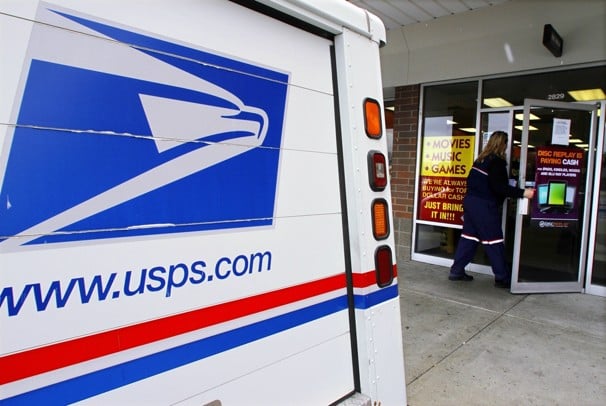 A bipartisan group of federal lawmakers are considering giving the politically-troubled and financially-insolvent United States Postal Service (USPS) a $58 billion taxpayer and Medicare bailout, unless House and Senate conservatives step in and stop this from happening.

For those who haven’t been keeping tabs on the Postal Service, the agency has recently focused on politically-motivated activity instead of adhering to its mission of delivering mail to the American people in a cost-effective, efficient, and timely manner.

One report uncovered a Postal Service effort to produce a mobile voting system by secretly testing it on a blockchain-based system. The USPS conducted this test without involving the federal agencies tasked with overseeing the security of our elections infrastructure and then buried the results that showed how easy it was for hackers to penetrate the mobile system.

Another troubling report sheds light on the Postal Service’s Internet Covert Operations Program (iCOP), a surveillance campaign that aimed to track “inflammatory” content on social media sites and flag it for relevant government agencies–ultimately, adding yet another layer to our federal surveillance state.

From unwinding its politically-charged operations to addressing its financial shortfalls, the Postal Service is in serious need of reform. Members of Congress have responded to the necessity for reform; but, in typical congressional fashion, their legislative proposal exacerbates the problems rather than solves them.

Enter the Postal Service Reform Act (PSRA), a bill spearheaded by House Oversight and Reform Committee Chairwoman Carolyn Maloney and Ranking Member James Comer. This legislation was introduced to ostensibly “put the USPS on the path towards fiscal sustainability and efficiency.” However, the text of the legislation indicates otherwise.

Current law requires the Postal Service to prefund payments for future retirees’ health care benefits. But because the USPS has been unable to meet these obligations for years, postal union bosses are now strongly advocating for the repeal of this requirement and looking to shift the financial burden to taxpayers and Medicare funds. The Postal Service Reform Act will create a $58 billion bailout for an agency that cannot get its finances under control.

Simply erasing debts doesn’t mean that the red ink will stop flowing or that the nefarious accounting of the USPS will change in the least. Fiscally damaging practices, like underpricing USPS packages by $1.46, are sure to continue in perpetuity unless something is done. The fiscal relief that the Postal Service seeks would do nothing more than force everyone else to pay for the collateral damage.

More specifically, the PSRA further burdens the Medicare program with new debt by integrating USPS retirees into the soon-to-be insolvent program. Not only would this cause Medicare to hemorrhage further, but it would also hurt retirees by raising costs and reducing benefits. That’s why the National Active and Retired Federal Employees expressed concerns about Medicare integration, saying that integration “could raise premiums for federal employees and retirees.”

Proponents of the PSRA also falsely claim that the bill is needed to restore service quality. In reality, the bill would actually make postal service quality worse by allowing USPS to unilaterally hurt delivery times and “relax service standards.”

Buried within the proposal lies another damaging provision, which states, in part: “The Postal Service shall maintain an integrated network for the delivery of market-dominant and competitive products.” This proposed integrated network mandate would make it impossible for the USPS to know where it makes money and where it does not as it gives the USPS the authority to bundle expenses and earnings of its package business alongside its letter mail service. The last thing Congress should be considering is the creation of shady accounting mechanisms that let the USPS off the hook for their troubled financial and accounting shortfalls.

Unfortunately, there is a bipartisan group of lawmakers willing to let the USPS off the hook for its unaccountable finances and deeply hurt Medicare in the process. House conservatives must demand answers from the USPS on their politically-charged operations and work towards thorough fiscal transparency and better legislative solutions than those offered in the Postal Service Reform Act.

Cesar Ybarra is the Vice President of Legislative Affairs at FreedomWorks.