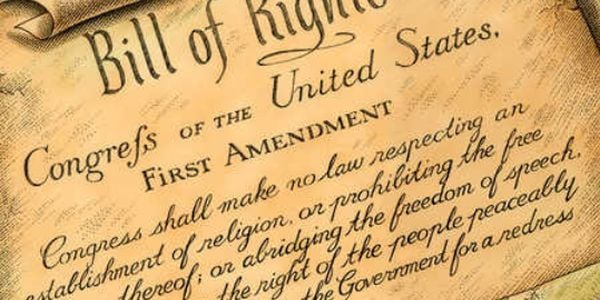 Just last year the federal Bureau of Indian Education stepped into a free-speech dispute at the government’s Haskell Indian Nations University, rescinding a threat from the university’s president to faculty that “derogatory opinions” are not protected by “academic freedom.”

That had followed the school official’s orders that a student reporter was banned from reporting, an order that also was reversed.

It now appears the case is ending, with word from the Foundation for Individual Rights in Education confirming a district court in Kansas, where the school is located, has ordered the school to adopt “sweeping policy reforms” that will protect the First Amendments of students.

The order implements an agreement that student Jared Nally and Haskell filed to end a year-long battle that erupted when then-President Ronald Graham “forbade Nally, former editor-in-chief of The Indian Leader, from engaging in routine newsgathering…”

“Haskell interfered with the student newspaper’s financial and administrative operations by stonewalling requests to confirm the paper’s funding and account balance and refusing to officially recognize the paper for an entire academic year,” FIRE documented.

The order resolves all but one single claim in the lawsuit FIRE filed in 2021.

“I hope this case not only protects the next generation of student journalists at Haskell, but empowers individuals at other institutions to realize they have rights and options when it comes to using their voice,” said Nally.

The order explains the school cannot retaliate against students in the way it attacked Nally for ordinary journalistic practices.

Graham had issued a directive in 2020 demanding that Nally accord the “highest respect” to school officials.

FIRE got involved last year to demand the school lift its restrictions, and the school got busy dropping its demands even as the court process advanced.

“Under the order, Haskell cannot reinstate the policy, or establish any new policy that requires student speech to conform to amorphous values. In other words, the university must now allow all students to express themselves freely, even if administrators consider their expression ‘disrespectful,'” FIRE reported.

The order also addresses the apparent school retaliation against the reporter and student newspaper involving access to its funding.

“It’s the role of a student newspaper to hold college administrators accountable,” said FIRE attorney Katlyn Patton. “But Haskell didn’t let the paper do its job, so a lawsuit held them accountable instead. FIRE is pleased The Indian Leader can now continue its award-winning legacy as the country’s oldest Native American student newspaper without fear of censorship.”

FIRE explained, “While speech is free, censorship is costly. Under the agreement, the university must pay $40,000 in attorneys’ fees.”

The remaining point that is unresolved is Nally’s request for damages against Graham, who was removed from his post during the dispute.

FIRE pointed out while university leaders may be held personally and financially responsible for threatening freedom of speech, the court noted that rarely happens. However, the U.S. Supreme Court is to hear arguments on that issue on March 2, leaving open the door to a resurrection of the claim.

Graham first banned Nally from reporting, then told faculty members they were not allowed to comment.

Rand Paul Moves to Pull Rug Out from Under DOJ, Leave Them with Nothing Usable from Mar-a-Lago Raid