How Democrats have become the behemoth of the ‘dark money’ industry 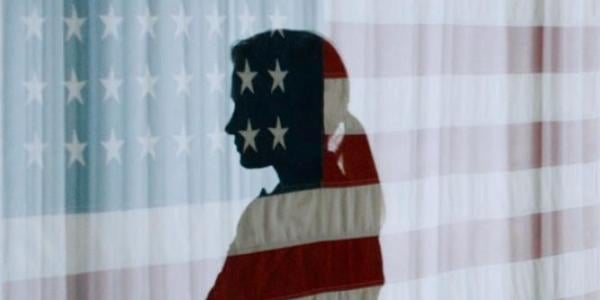 It was Democrats who nearly a decade ago first labeled the opaque funneling of millions of dollars into various political influence operations “dark money” and railed against the then-GOP-dominated practice.

Over the past two election cycles, however, Democrats have not only caught up but surpassed Republicans in channeling unlimited sums of special interest and billionaire spending through nonprofits that do not disclose their donors’ identities.

During the final years of the Trump administration, a small but powerful group of former Democratic congressional aides and Obama administration appointees created an organization to help House and Senate Democrats exercise their oversight authority over the executive branch. The group is funded through the largest liberal dark-money channel in the country: Arabella Advisors.

Called “Co-Equal,” the group at first aimed to assist Congress in exercising its power as a branch of government equivalent to the executive, helping Democrats rebuild their oversight muscle to investigate the Trump administration.

With Joe Biden in the Oval Office and Democrats running the federal agencies, the group has transitioned to helping train congressional Democrats to more effectively pursue their top progressive priorities.

During Donald Trump’s presidency, Phil Schiliro, a former longtime staff director of the House oversight panel who went on to run legislative affairs for the Obama White House, teamed up with his former congressional colleague Phil Barnett to form Co-Equal, along with several other veteran Capitol Hill aides. The “two Phils,” as they are known in Washington insider circles, also established Schiliro-Barnett, a for-profit political consulting firm.

The duo formed an oversight powerhouse. Schiliro ran the House Energy and Commerce panel under then-Democratic chairman Henry Waxman, who investigated deceptive tobacco marketing in the 1990s, and later, steroids in sports. Barnett served as a staff director for two House committees, which conducted major probes into contracting fraud in Iraq, the 2008 financial collapse and the Deepwater Horizon oil spill.

Co-Equal’s website openly states that it’s a project of the Hopewell Fund, while a separate arm, Co-Equal Action, is a project of the Sixteen Thirty Fund, two nonprofits managed by the for-profit consulting firm Arabella Advisors, a Democratic dark-money behemoth. The Arabella network spent a total of nearly $1.2 billion in 2020, the New York Times reported in late January.

The Sixteen Thirty Fund, in particular, has funneled hundreds of millions toward Democratic campaigns in the past two cycles – a whopping $410 million in 2020 to both unseat Trump and win back control of the Senate, Politico reported late last year.

Liberal billionaire donor George Soros, billionaire founder of eBay Pierre Omidyar, as well as the Gates, Buffet, and Ford Foundations, have all directed billions of dollars to the Arabella network, a vast array of groups promoting a variety of liberal causes – everything from the Paris Climate Agreement and broader green agendas to overhauling Obamacare to packing the Supreme Court, according to the conservative Capital Research Center, which has been studying the group for several years. Eric Kessler, a former Bill Clinton appointee, who started out at the League of Conservation Voters, is the founder and head of Arabella.

Schiliro describes the Co-Equal nonprofit side of his consulting as a “low-budget” operation that uses Arabella mainly for administrative support. He tells RCP that he and others at Co-Equal raise the money to keep the operation running, with those funds going to Arabella, which it turns gives it to them.

Schiliro won’t say how much money he raises for and receives from Arabella, noting that he would be “embarrassed” to disclose how small those funds are.

It’s impossible to know all the sources of Co-Equal’s funding because it is not required to disclose its donors. However, a report from Soros’ Open Society Policy Institute in late 2018 said it channeled $300,000 to the Sixteen Thirty Fund for Co-Equal Action with the grant tag “to provide information and advice that helps members of Congress advance and conduct effective oversight.”

Schiliro describes Co-Equal as a shoestring operation where Democrats who didn’t want to become K Street lobbyists can come together to use their years of Hill experience to help train understaffed congressional offices and committees.

According to its website, the “tools” Co-Equal provides Democrats in congressional offices include “information that helps members maximize their impact, such as ideas for reports that draw attention to member priorities,” as well as “helping connect members and committees with leading policy experts.”

Schiliro previously told the New York Times that the group has trained lawmakers and staff on how best to extract meaningful information from well-coached witnesses called to testify before Congress.

Schiliro and Barnett’s recent work with Democrats on Capitol Hill stirred Republican scrutiny in recent months after the House Committee on Oversight and Reform held an October hearing titled, “Fueling the Climate Crisis: Exposing Big Oil’s Disinformation Campaign to Prevent Climate Action.” After the hearing, the panel issued subpoenas to oil companies whose executives were called to testify.

The panel originally scheduled a hearing on February 8 to examine whether “oil and gas companies’ climate pledges are adequate to reduce emissions and avert a looming climate disaster.” It has since delayed that hearing until March 9, calling on major oil and gas executives, including those from ExxonMobil, BP, Chevron and Shell, as well as members of their boards of directors, to testify.

After the October hearing, Rep. Ro Khanna, who chairs the environment subcommittee of the oversight panel, told reporters that he was working with former Waxman staffers with the goal of modeling the “Big Oil” hearings after those held into the tobacco companies in the 1990s on whether nicotine is addictive. Khanna told The Hill newspaper that he expected the investigation to continue for months, and boasted that the committee has enlisted the help of “a lot of people” involved in planning the Waxman hearings for advice.

The Hill article suggested Khanna had turned to Schiliro and Barnett.

Schiliro told RCP he had conversations with the committee leading up to the hearing, but he was working with an environmental nonprofit at the time, not acting in his Co-Equal role.

Khanna’s comments and the dark-money role in funding Co-Equal formed the basis of a formal complaint to the House of Representatives’ Office of Congressional Ethics. Government Accountability and Oversight, a conservative government watchdog organization, in mid-January filed a complaint arguing that Co-Equal was providing privately financed or in-kind support for the House oversight panel in violation of House ethics rules.

“This development, which on its face is in violation of House rules (XXIV) and ethics requirements, represents the extension of a new but rapidly expanding practice of privately underwriting governmental staff, for ‘climate’ policy and even investigating private parties viewed as impeding advancement of the climate policy agenda,” the watchdog argued.

A January 2018 Wall Street Journal report entitled “Climate of Unaccountability” chronicled the practice of liberal foundations supporting “activist” climate agendas funding staffers for a number of state governors. Those governors are a part of the U.S. Climate Alliance, which sought to enforce the Paris Climate Agreement, despite President Trump’s withdrawal from it.

In 2017, Arabella Advisors and its New Venture Fund were directly involved in that U.S. Climate Alliance, communicating with governors’ offices who were members and providing a memo outlining “ways that the New Venture Fund and Arabella Advisors might support you and the other governors’ offices with the U.S. Climate Alliance.”

In those communications, the New Venture Fund and Arabella Advisors offered to help you “quickly secure and deploy resources for the Alliance,” in order “to help governors form the secretariat, recruit additional partners, and secure fundraising and communications support for” Climate Alliance activities. It noted that “Arabella is working with several climate funders.”

While Congressional staff regularly work closely with outside entities, House rules governing the use of official funds state that they “may not be used to defray official expenses” for a variety of uses. For instance, House and Senate offices cannot have an office staffer involved in daily congressional duties but funded by a private entity firm.

Robert Walker, a former federal prosecutor who served for many years as chief counsel and staff director of the Senate and House ethics committees, said House rules specifically outlaw obvious private funding of congressional work, but a multitude of private entities legally advise and train congressional offices on a variety of matters.

“Outside groups can operate in this space, and based on what I’ve read about this group, I don’t see them crossing the lines,” he told RCP. “But analyzing a situation for compliance with the unofficial office accounts rules, is a very fact-specific analysis.”

Walker explained that whether they are violating House and Senate ethics rules depends on the level of direct assistance the group is providing, whether they are taking direction from congressional offices, and how directly they are involved in specific committee work.

A spokesperson for the oversight committee deemed the practice of consulting outside entities as common and ordinary.

“Congressional offices routinely speak with outside experts,” a spokesperson said in an emailed statement to RCP. “The committee has followed all applicable House rules in this critically important investigation into Big Oil’s disinformation campaign to deny climate change and will continue to do so in the future.”

Schiliro reiterated that he and Barnett were not advising the committee in their Co-Equal capacity.

“There are lots of people in Washington who wear multiple hats – whether they’re in one firm and they have a lot of different clients, whether they participate in four or five different entities … I don’t see where the confusion is,” he said.

The post How Democrats have become the behemoth of the ‘dark money’ industry appeared first on WND.