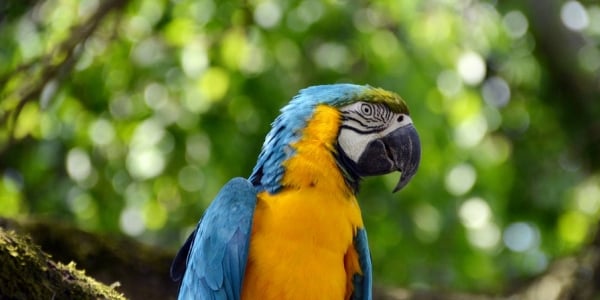 (UPI) – Power company workers in Vermont came to the rescue of a panicked parrot that flew 60 feet up a tree and was too afraid of flying to come back down.

Massachusetts resident Thea Everest said she brought her macaw, Kaiba, along to visit her father in Battleboro, but before they went inside the house the parrot became spooked.
Advertisement

“Normally, I’ll put him down right before we go inside so he can use the bathroom,” Everest told WCAX-TV. “And a bird flew by like right next to him and he got spooked.” Kaiba ended up flying to a tree branch about 60 feet off the ground, where he remained.