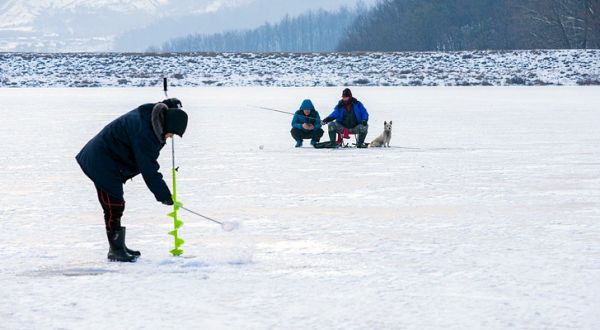 (YAHOO NEWS) – The mayor of Hudson, Ohio, presented a bizarre argument against permitting ice fishing at a local park — he said it will lead to prostitution.

In a viral video clip, Craig Shubert told city council members that if the winter pastime were allowed at Hudson Springs Park, an entirely different type of pastime would naturally follow. “If you open this up to ice fishing, while on the surface it sounds good, then what happens next year? Does someone come back and say, ‘I want an ice shanty for X-amount of time?’” he asked in the clip, referring to the use of portable shelters for ice fishing.

“And if you then allow ice fishing with shanties, then that leads to another problem — prostitution,” he continued. “And now you’ve got the police chief and the police department involved. Just data points to consider.”