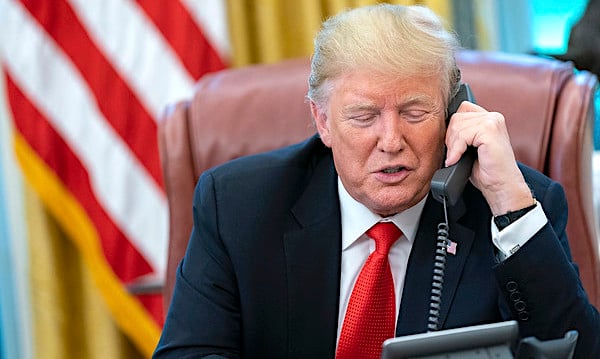 John Ratcliffe, the former director of National Intelligence, has advised Special Counsel John Durham on “more than one occasion” that there is evidence to support multiple indictments in Durham’s review of the origins of the Democrats’ now-debunked “Russia collusion” scheme they carried out against Donald Trump, both as candidate and then as president.

Fox News reported its sources detailed how Ratcliffe, a former congressman and former U.S. attorney in Texas, revealed there was “evidence” to indict “multiple people.”

The Democrats created a conspiracy theory during Trump’s first run for office that he was somehow connected to and indebted to Russia. However, a years-long investigation by former FBI chief Robert Mueller failed to uncover any evidence of the wild claims. 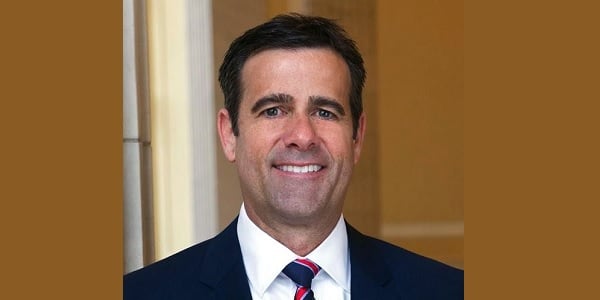 On Sunday, WND reported a new legal filing from Durham, who already has obtained one conviction and has filed charges against two more allegedly involved in the conspiracy, claimed that the 2016 presidential campaign of Hillary Clinton paid an internet company to “infiltrate” servers at the White House and Trump Tower to frame former President Donald Trump.

The report said Durham says the purpose was to “establish an ‘inference’ and ‘narrative’ to bring to government agencies linking Donald Trump to Russia.”

“This is so wrong and allegations of such level of illegal activity that goes directly to our faith in our own government. … We have to get to the bottom of this.”

Trump, who stated that he was being spied upon by the Democrats back when it was occurring, said, “The latest pleading from Special Counsel Robert Durham provides indisputable evidence that my campaign and presidency were spied on by operatives paid by the Hillary Clinton Campaign in an effort to develop a completely fabricated connection to Russia.

“This is a scandal far greater in scope and magnitude than Watergate and those who were involved in and knew about this spying operation should be subject to criminal prosecution. In a stronger period of time in our country, this crime would have been punishable by death. In addition, reparations should be paid to those in our country who have been damaged by this.”

Now Fox News is reporting more, with, “The sources pointed to one key piece of declassified intelligence, which Fox News first reported in October 2020, revealing that intelligence community officials within the CIA forwarded an investigative referral on Hillary Clinton purportedly approving ‘a plan concerning U.S. presidential candidate Donald Trump and Russian hackers hampering U.S. elections as a means of distracting the public from her use of a private email server.'”

Clinton was in the headlines in the months before the election for transferring government secrets, including classified material, to an unsecure private computer server while she was secretary of State for Barack Obama.

Fox News explained in late 2020 that Ratcliffe had given nearly 1,000 pages of material to the Justice Department to support Durham’s investigation.

The report suggested that warning was sent to ex-FBI director James Comey and ex-FBI agent Peter Strzok, who famously told a lover asking about a Trump presidency that he would be “stopped.”

Fox said it has not seen evidence that the FBI opened an investigation into Clinton’s plan, which also was referenced in other documents that revealed ex-CIA chief John Brennan told Obama about Clinton’s “purported ‘proposal from one of her foreign policy advisers to vilify Donald Trump by stirring up a scandal claiming interference by the Russian security service.'”

Notes from Brennan at the time revealed Clinton “alleged approved” that plan.

Facing charges for the weaponization of American government operations against Trump are Igor Danchenko, for making a false statement to the FBI about the scheme’s infamous “Steele Dossier” of false claims about Trump, and Michael Sussman, a Clinton campaign lawyer, of making false statements.

Kevin Clinesmith, a former FBI agent, already has pleaded guilty in a case in which he was suspected of altering evidence to support a political agenda.

Fox News over the weekend revealed Durham wrote that Sussman “had assembled and conveyed the allegations to the FBI on behalf of at least two specific clients, including a technology executive (Tech Executive 1) at a U.S.-based internet company (Internet Company 1) and the Clinton campaign.”

Fox News said, “The filing revealed that Sussmann and the Tech Executive had met and communicated with another law partner, who was serving as general counsel to the Clinton campaign. Sources told Fox News that lawyer is Marc Elias, who worked at the law firm Perkins Coie.”

The Clinton campaign had funded its anti-Trump dossier work through that law firm.

Kash Patel, who was a chief investigator of the Trump-Russia claims for the House Intelligence Committee under then-Rep. Devin Nunes, R-Calif., said Durham’s filing confirmed the Hillary Clinton campaign “directly funded and ordered its lawyers at Perkins Coie to orchestrate a criminal enterprise to fabricate a connection between President Trump and Russia.”

“Per Durham, this arrangement was put in motion in July of 2016, meaning the Hillary Clinton campaign and her lawyers masterminded the most intricate and coordinated conspiracy against Trump when he was both a candidate and later President of the United States while simultaneously perpetuating the bogus Steele Dossier hoax,” Patel told Fox News.

He said the lawyers worked to “infiltrate” Trump Tower and White House servers.

Clinton had been on social media pushing the now-debunked claims of Trump links to Russia.

On Oct. 31, 2016, she claimed, “Computer scientists have apparently uncovered a covert server linking the Trump Organization to a Russian-based bank.”

At the time, her adviser, Jake Sullivan, who now is Joe Biden’s national security adviser, claimed “This could be the most direct link yet between Donald Trump and Moscow.”

Commentary Byron York at the Washington Examiner said, “OF COURSE THEY SPIED ON TRUMP.”

One of the most contentious claims Donald Trump ever made was his insistence that he had been the target of spying. He made the charge in several different ways. For example, in March 2017, Trump, just two months in office, tweeted, “Terrible! Just found out that Obama had my ‘wires tapped’ in Trump Tower just before the victory. Nothing found. This is McCarthyism!” Two years later, in April 2019, he was less specific but equally adamant when he said, “There was absolutely spying into my campaign.” In August 2020, during his Republican National Committee acceptance speech, he said, “Remember this: They spied on my campaign.”

Each time, all the usual anti-Trump voices rushed to accuse the president of lying. But over the years, a series of facts emerged that, while they did not support some of Trump’s most specific charges — Obama did not wiretap Trump in Trump Tower — did support the larger idea that Trump was indeed the target of spying.

We learned that in the final days of the 2016 presidential race, when the Clinton campaign came up with the Steele dossier, a collection of sensational and unsupported allegations about Trump and Russia, the FBI used the dossier to win approval to wiretap Carter Page, a low-level former Trump campaign adviser. Then we learned that also in 2016, the FBI used a confidential informant, a professor named Stefan Halper, to spy on Page and George Papadopoulos, another low-level Trump adviser. Then we learned that in 2016, the FBI sent an undercover agent — a woman who used the alias Azra Turk — to secretly record conversations with Papadopoulos.

He said now there’s more than just that evidence;

“In a court filing Friday, Durham reported that in July 2016, a tech executive named Rodney Joffe (he is unnamed in the court papers, but the name has been widely reported) worked with the Clinton campaign’s law firm to ‘mine Internet data,’ some of it ‘non-public and/or proprietary’ — that means secret — to search for information that could be used to claim a Trump-Russia connection. Among the secret data that was ‘exploited,’ according to Durham, was internet traffic from Trump Tower, from Donald Trump’s Central Park West apartment building, and — after Trump was elected president — the Executive Office of the President of the United States. Joffe’s company, Durham says, ‘had come to access and maintain dedicated servers for the EOP as part of a sensitive arrangement’ — a government contract — to provide tech services. They then ‘exploited this arrangement by mining the EOP’s [Internet] traffic and other data for the purpose of gathering derogatory information about Donald Trump.'”