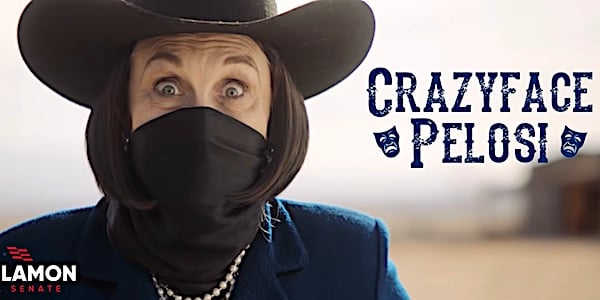 Lamon’s campaign attempted to run several Facebook ads showing a video of Lamon squaring off with actors representing President Joe Biden, House Speaker Nancy Pelosi and Democratic Arizona Sen. Mark Kelly in a parody of Western gunfights. The ads, which ran during the Super Bowl, include a scene in which Lamon shoots the weapons out of the hands of Biden, Pelosi and Kelly.

Facebook pulled the campaign’s ads after they had been running for several days, saying they violated the platform’s policies regarding “weapons, ammunition, or explosives,” an affiliate of the Lamon campaign told the Daily Caller News Foundation.

“This is the second time in a month our campaign’s message has been censored by Big Tech,” a representative from Lamon’s campaign said in a statement to the DCNF, referring to an incident in which Yahoo rejected a campaign ad featuring Lamon saying “Let’s Go Brandon.” “It’s incredibly disappointing that Facebook has decided to pull the Super Bowl ad but we shouldn’t be surprised given that one of our opponents is embedded in big tech.” 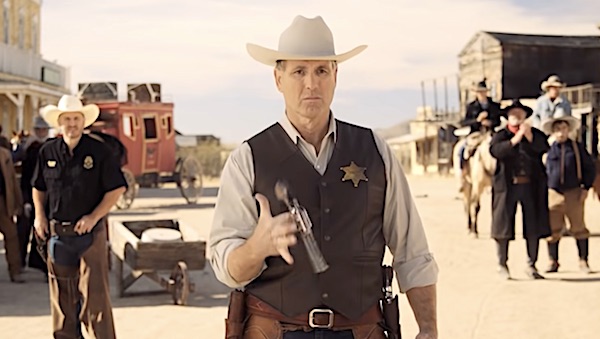 A review of Facebook’s Ad Library by the DCNF found that the social media platform previously allowed other politicians to run ads featuring firearms, including Las Vegas City Councilwoman Michele Fiore, a Nevada gubernatorial candidate who ran an ad for a week in which she brandished a shotgun.

Lamon was criticized by many, including his primary opponent Blake Masters, who called the ad “absurd and desperate,” over the ad. Masters is backed by conservative billionaire Peter Thiel, a Facebook board member.

“First Blake Masters sided with the media elites and the Left against this ad. And then the next day Masters’ allies at Facebook took it down — this level of censorship is outrageous,” a representative from Lamon’s campaign told the DCNF.

Tragedy as 1,800lb beluga whale stranded in Seine dies after being fished out in 6h rescue

Tragedy as 1,800lb beluga whale stranded in Seine dies after being fished out in 6h rescue