Mayor quits after joking about ice fishers and prostitutes 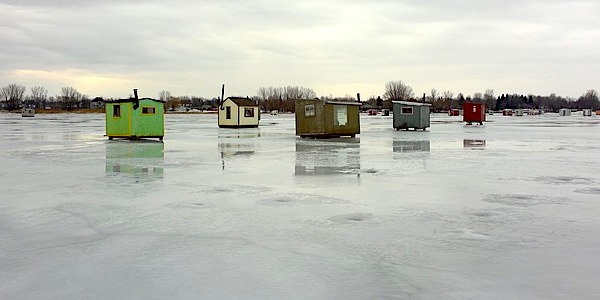 (Image by Craig Steffan from Pixabay)

The mayor of Hudson, Ohio, resigned Monday after saying that allowing ice fishing with shanties could result in prostitution, multiple sources reported

“If you then allow ice fishing with shanties, then that leads to another problem — prostitution,” Shubert said, NBC News reported.

Shubert, 65, clarified the motivation behind his words in a statement on his campaign website. “My comments at Tuesday’s workshop were made out of concern for our community; what could become of unintended consequences of new legislation, based on my prior television news reporting experience,” Shubert said, NBC News reported. “My attempt to inject a bit of dry humor to make a point about this, in the midst of a cold, snowy February, was grossly misunderstood.”

Critics used his comments to engage in “personal destruction by means of character assassination, blaming me for the negative international press they helped to promote,” Shubert said, NBC News reported. The resigning mayor also mentioned the impact of his wife’s recent death in his statement.

“Since the passing of my wife, First Lady Sherri Moyer, I have given considerable thought to the next stage of my life,” Shubert said, NBC News reported. “Retirement is on the near horizon. … I wish to thank the residents of Hudson who have stood alongside Sherri and me the past three years.”

Shubert previously made headlines in September 2021 when he criticized a school board and teachers because assignments related to an assigned book at Hudson High School suggested that students write about sex-related ideas, Cleveland.com reported.

The book, “642 Things To Write About,” incorporated sex-related prompts, including “The first time you had sex,” “Write an x-rated Disney scenario” and “Write a sex scene you wouldn’t show your mom,” Cleveland.com reported.

“Your educators are distributing what is essentially child pornography in the classroom,” Shubert said at the school board meeting at the time, NBC News reported.

The post Mayor quits after joking about ice fishers and prostitutes appeared first on WND.