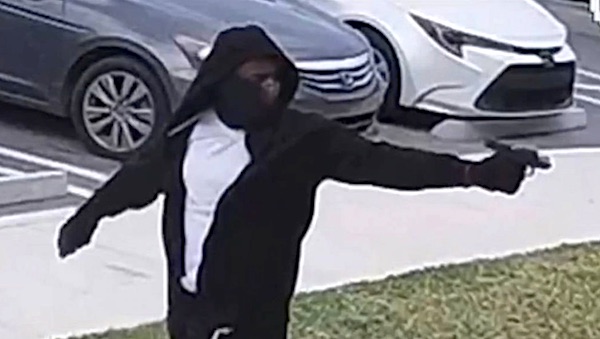 The federal government created the Paycheck Protection Program of forgivable loans during the COVID-19 pandemic to help businesses preserve the jobs of their employees.

Undoubtedly, thousands of jobs were saved.

But there also are reports those payments were used – illegally – to buy exotic cars, jewelry, properties and more, and those cases are being reviewed by prosecutors.

But now a report has surfaced revealing what may the most extreme use of that funding: An allegation a woman used the money to hire a hitman.

The Free Beacon explains Miami authorities have alleged a Florida woman, Jasmine Martinez, 33, got a $15,000 PPP loan last year, and used part of it to hire alleged hitman Javon Carter.

The target was Le’Shonte Jones, a Transportation Security Administration agent who was shot and killed May 3, 2021, during an attack that also injured her daughter, 3, the report said.

The report said it was unclear what business was involved in applying for the loan, but Martinez and Carter both now have been arrested.

A report on the case in the New York Times said actually “scores” of people are facing a variety of charges for allegedly using the money on vacations and Ferraris.

That report said police also arrested Romiel Robinson, a man with whom Martizne was in a romantic relationship, on counts of murder and conspiracy.

The report said the shooting was the result of “a long antagonism between the two women,” but a lawyer for Martinez said she has denied any involvement.

The Times explained, “An academic paper from August by researchers at the University of Texas at Austin estimated that about 1.8 million of the program’s 11.8 million loans — more than 15 percent — totaling $76 billion had at least one indication of potential fraud. Numerous people have been arrested and charged with misusing pandemic relief funds.”