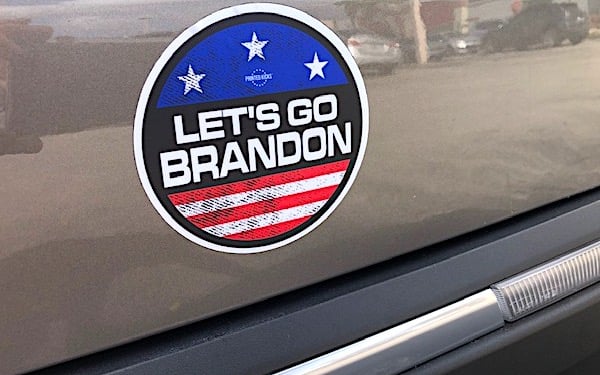 Joe Biden is putting Democrats in a “precarious” position, what with his lack of accomplishments, low approval numbers and surging disapproval numbers, according to a new analysis by W. James Antle III, at the Washington Examiner.

In fact, Biden has been beleaguered by falling support and growing opposition since shortly after he took office.

His team wanted the signing of an infrastructure bill last year to be the turning point, but the analysis warned the Democrat was having “no such luck.”

“Instead, Biden’s position has looked weaker despite some other positives he could point to,” the analysis said, citing unemployment rates that are declining as America’s economy reopens after the COVID pandemic, reasonable jobs reports and such.

On the other side of the chart is the Biden-created crisis at the southern border, the highest inflation in years that is costing families hundreds of dollars a month, the still-not-solved COVID war, escalating threats from Russia and China, his failed social and green spending agenda, and more.

“February’s Quinnipiac poll shows that just 37% of registered voters approve of Biden’s performance in office, while an eye-popping 56% disapprove. Biden’s approval rating among Hispanics sits at 36%, with 49% disapproving. He is underwater with women and barely breaking even with college-educated white women,” the analysis said.

“CNN’s most recent poll was even worse. It showed 58% disapproving of how Biden has fared as president, with 41% registering their approval. Among independents, Biden’s approval rating was just 36%. Of the respondents who disapproved, 56% couldn’t think of a single positive thing to say. The 1 in 4 who approved said much the same thing.”

The number of Americans who think the nation is on the right track under Biden is “abysmal,” the analysis noted, with the Real Clear Politics polling average finding that a massive 64.4% think Biden is off the course.

“Some individual surveys are worse still. An NBC News poll pegged the split at 72% wrong track, 50 points greater than those who picked right track.”

It said Biden “appears out of touch” while trying to take credit for better economic numbers because prices are “rising faster than many people’s incomes.”

And he’s lagging behind even Democrat governors in lifting pandemic rules.

The result is that Democrats, generically, are trailing the GOP in congressional balloting for the 2022 elections, a date that will decide which party controls Congress and sets its agenda for the final two years of Biden’s term.

“Civiqs polling that breaks down Biden’s approval rating by state paints a precarious picture for Democrats defending the 50-50 Senate they barely control with the aid of Vice President Kamala Harris’s tiebreaking vote. Biden is underwater by 30 points in Ohio, 29 points in Arizona, 26 points in Georgia, 23 points in North Carolina, 23 points in Nevada, 22 points in Florida, 18 points in Pennsylvania, 17 points in Wisconsin, 16 points in Colorado, and 10 points in New Hampshire,” the analysis said.

It’s about the same in the House, it said.