Is Talk Of A “Russian Invasion” Actually A Smokescreen For A Ukrainian Invasion Of Donetsk And Luhansk? 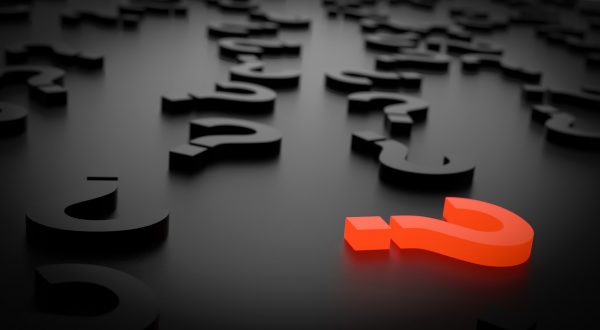 Is all the talk of a “Russian invasion” in the media just an effort to try to prevent the Russians from intervening when Ukraine invades Donetsk And Luhansk?  After being armed to the teeth by western powers, last year the Ukrainians were planning a lightning offensive to take back the breakaway republics of Donetsk And Luhansk.  This would have never happened during the Trump administration, but the Biden administration had apparently given the Ukrainians their blessing.  Unfortunately for the Ukrainians, the Russians figured out what was happening and rushed about 100,000 troops to the border with Ukraine.  That show of force caused the Ukrainians to back down, and there was relative calm for a few months.

Unfortunately, now both sides have mobilized their forces once again, and the corporate media in the western world insists that it is because the Russians intend to invade Ukraine.

But is it the Ukrainians that are actually intending to invade?

As far as I can determine, it was the Ukrainians that first started shooting on Wednesday evening, and the bombardment of Donetsk and Luhansk hasn’t stopped since then.

The separatists quickly returned fire, and now they are working to evacuate hundreds of thousands of their citizens out of the danger zone…

Russian-backed separatists packed civilians onto buses out of breakaway regions in east Ukraine on Friday, a shock turn in a conflict the West believes Moscow plans to use as justification for an invasion of its neighbour.

Warning sirens blared in Donetsk after it and the other self-proclaimed “People’s Republic”, Luhansk, announced the evacuation of hundreds of thousands of people to Russia, with women, children and the elderly going first.

In fact, it is being reported that the DPR alone plans to evacuate approximately 700,000 citizens…

The emergencies ministry of the self-proclaimed Donetsk People’s Republic (DPR) said on Friday it plans to evacuate some 700,000 people to Russia’s southern Rostov region; first buses with refugees are heading to the Russian border.

“The DPR emergencies ministry jointly with the local administrations is carrying out the evacuation of people. It is planned to evacuate around 700,000 DPR residents,” it said. “First buses with people from Donetsk are already heading to the border with Russia.”

Of course this would not have been possible without Russia’s permission.  The Russians have opened their doors to the refugees, and the Russian government has already authorized financial support for them…

He also ordered every person who arrived from Donbass to be given a payment of 10,000 roubles ($129).

So why would the DPR and the LPR conduct evacuations on such a large scale?

Needless to say, you only evacuate civilians if you believe that you are about to be attacked.

And right now the DPR and the LPR are under attack.  It is being reported that “the most intense artillery bombardment for years” is now underway.

It is also being reported that Ukrainian forces are testing ground defenses all along the front.

When the head of the DPR was asked about the current state of affairs, he openly admitted that he believes that war is coming…

Russia’s RIA is now reporting that the head of the Russian-backed Donetsk People’s Republic, when asked whether things are moving towards war, said “unfortunately, yes.”

Now that the Ukrainians have initiated hostilities, it will be very interesting to see what the Russians choose to do.

The DPR and the LPR will not be able to repel a full-blown Ukrainian invasion by themselves.

That would require Russian intervention, and right now the Russians have more troops massed in the region than ever before…

Russia has now amassed between 169,000 and 190,000 military personnel near Ukraine and in Crimea, up from a force of 100,000 on Jan. 30, Michael Carpenter, the U.S. ambassador to the Organization for Security and Cooperation in Europe, said in prepared remarks to a security conference on Friday.

“This is the most significant military mobilization in Europe since the World War II,” said Mr. Carpenter, who noted that the U.S. estimate includes Russian troops, Russian internal-security units and Russian-led forces in Donbas.

But if the Russians intervene, it will be called a “Russian invasion” in the western world, and Russia will be hit with a whole host of consequences.

The Nord Stream 2 pipeline will be cut off, Russia will be booted out of SWIFT, and virtually all western nations will impose very painful sanctions on the Russians.

Will the threat of such actions really be enough to keep the Russians from helping to defend the DPR and the LPR?

I think that is what Biden and other western leaders are counting on.

But I believe that they could be miscalculating.

On Friday, we learned that Vladimir Putin has decided to call up his military reserves…

Putin signed a decree to mobilise his reserve last night as more than half his army is committed to Ukraine and the west has warned thousands will die if he unleashes a planned bloodbath.

Putin seems to be coming to the conclusion that war is unavoidable.

If the Ukrainians start taking big chunks of territory in the DPR and the LPR, I believe that Putin will be compelled to respond.

That will trigger corresponding moves by Biden and other western leaders, and then the game will be on.

Unfortunately for all of us, this particular game is a game that could end up sparking World War III.