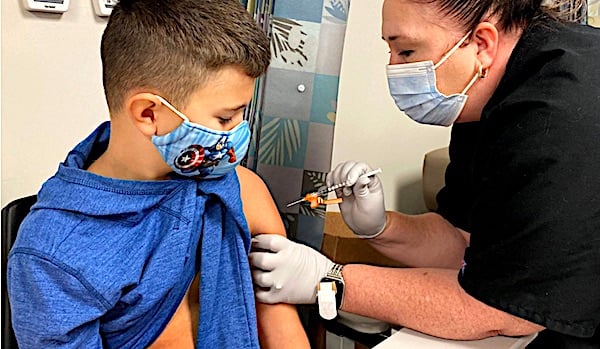 Reacting to the New York Times report that the CDC has been withholding data for fear it would be misinterpreted and foster vaccine hesitancy, a member of the panel that advises the FDA on approval of vaccines is urging the agency to come clean.

“Tell the truth, present the data,” said Dr. Paul Offit, a pediatrician and a professor at the University of Pennsylvania specializing in infectious diseases, vaccines, immunology and virology. He is the co-inventor of a rotavirus vaccine.

Last fall, the FDA panel approved the Pfizer COVID-19 vaccine for children 5-11 despite concerns that there was no safety data for that age group.

Offit noted, in a report Tuesday by the U.K.’s Daily Mail, that because the CDC has withheld the information, American scientists have had to rely on Israeli data.

“There’s no reason that they should be better at collecting and putting forth data than we were,” he said. “The CDC is the principal epidemiological agency in this country, and so you would like to think the data came from them.”

The Times reported Sunday that the CDC “has been routinely collecting information since the Covid vaccines were first rolled out last year,” but the agency “has been reluctant to make those figures public, the official said, because they might be misinterpreted as the vaccines being ineffective.”

The report said that “[t]wo full years into the pandemic, the agency leading the country’s response to the public health emergency has published only a tiny fraction of the data it has collected,” citing “several people familiar” with the withheld data. “Much of the withheld information could help state and local health officials better target their efforts to bring the virus under control,” the Times said.

Cole, a Mayo Clinic-trained pathologist who runs a major diagnostic lab in Idaho, said that as “an ethical physician who took oaths to the human race, this is incredibly disturbing.”

“These are the people that are entrusted to tell us the truth,” he said of the CDC officials.

Popcorn at the ready! Every day of the Wagatha Christie trial as seen by fans