Mike Rowe destroys politicians for hailing truckers, then hating them 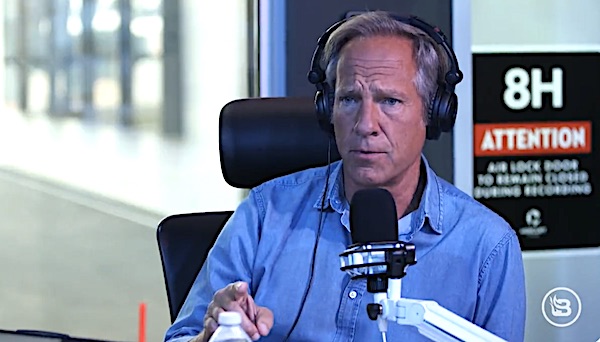 “Dirty Jobs” host Mike Rowe criticized politicians for their treatment of those involved in the Canadian “Freedom Convoy” protest during a Tuesday interview with the Blaze’s Glenn Beck.

“When this started truckers were right on the leading edge of heroes,” Rowe told Beck in an interview. “They were the very definition of essentiality. In the course of two weeks they literally went from hero to villain.”

As Canadian officials debate auctioning off the Freedom Convoy protesters’ trucks, @mikeroweworks gives me his take: “Truckers were the very definition of essentiality. Within the course of 2 weeks, they literally went from heroes to villains.” pic.twitter.com/zV3bEJOspI

He was responding to Beck’s comment that Ottawa’s mayor wanted to sell off protestors’ trucks that were confiscated under the Emergencies Act without charging owners with a crime or giving a court hearing.

The transition from hero to villain throughout the pandemic had happened to nurses and police officers too, Beck noted.

“We are constantly changing the definition of words that for a long time we thought we understood,” Rowe commented. “Those definitions are evolving in real time and if we question it, if we ask about it, well they look at us like a cow looking at a new gate. Like, ‘Well, of course infrastructure involves reparations,’ … ‘Of course that protest was peaceful.’”

“In so many ways we’ve been asked, I think, to simply ignore what we’re looking at,” Rowe said.

Prime Minister Justin Trudeau invoked the Emergencies Act for the first time in Canada’s history in an effort to crack down on truckers protesting COVID-19 vaccine mandates in Canada’s capital, Ottawa. The protests against COVID-19 policies and vaccine mandates began Jan. 22 and involved tens of thousands of protesters.

The post Mike Rowe destroys politicians for hailing truckers, then hating them appeared first on WND.