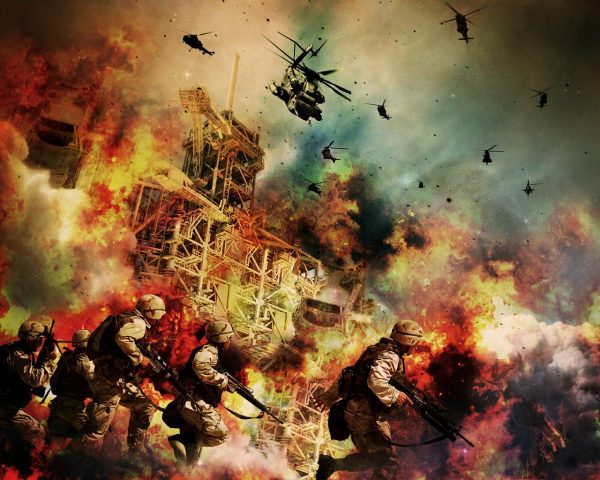 I really hoped that it would never come to this.

But it has, and now nothing will ever be the same again.

Russian Vladimir Putin has just launched a special military operation that he says will “demilitarize” Ukraine. The following comes from NBC News…

Russian President Vladimir Putin announced that his nation will conduct military operations in Eastern Ukraine, giving an address to his nation just before dawn on Thursday in Moscow shortly before blasts were heard in a number of Ukraine’s cities.

The announcement appeared to be the final precursor to an attack by Putin that the U.S. and its European allies have tried for weeks to stave off through diplomatic talks.

In his speech announcing this operation, Putin warned those that would consider intervening…

He also warned other countries not to get involved militarily. “The response from Russia will be so severe, that no foreign nations have ever experienced it before,” Putin said.

Was that a threat to use nuclear weapons?

This is a developing story, and I will attempt to find as many videos and updates on the conflict as I can for you all.

Here are a few that I have found so far…

BREAKING: The naval forces of Ukraine have been destroyed. — landing in key bases of the Ukrainian Navy confirmed

CNN reporter puts on flak jacket as explosions get louder in Kyiv pic.twitter.com/03p9aYC3j3

.@IanPannell says he heard the “distinct sound of explosions on the horizon here in Kyiv.” https://t.co/Hq3CVT4l2t pic.twitter.com/QCpKoReeSy

It also appears that the US government is transporting high level gov officials, military commanders and the 1st family to safetey/bunkers or is preparing to. Below live airforce 2 and high priority transport to and fro DC both of them. This started just b4 the news of attack.. pic.twitter.com/ixDBDdkDId

Grads all over the place in #Mariupol pic.twitter.com/pLa3LmzGnf