‘We’re on the brink of a nuclear war,’ says Russia Today editor as she quits 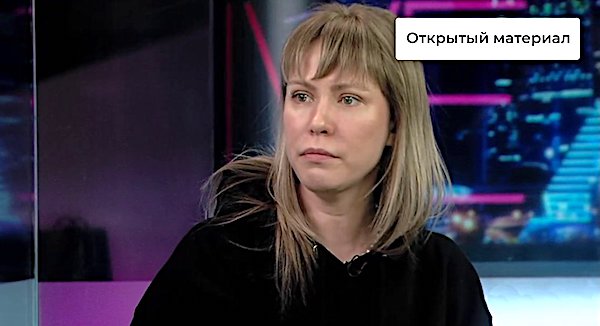 Russia Today, a state-run media operation known better as RT, has lost its editor, as FOX 5 in New York has reported Maria Baranova has confirmed her resignation.

However, what’s creating news is her warning that, “We’re on the brink of a nuclear war right now.”

Just a week ago, she condemned Russian President Vladimir Putin’s decision to attack and invade Ukraine, where Russian troops have been killing both soldiers and civilians, including children. She admitted she might now be in danger.

“The problem is, I know these people very well. They never send threats, they just kill, so there is kind of [a] weird silence around me, but I really think we’re on the brink of a nuclear war right now. I’m not exaggerating,” she told Fox News Digital via a social-media call.

“I have a son, I can’t leave because his father won’t allow me to leave with him, and so I just prefer to stay in Moscow … It seems like we’re either in North Korea or we are going to be killed by a thermonuclear mushroom,” she said in the interview. “I wouldn’t quit, and I wouldn’t lose my salary and job if I was sure that we are going to be alive for many years, but I really don’t know what is going to happen to all of us next.”

Some of Putin’s henchmen in the Russian military already have raised the prospect of using nuclear devices against innocent populations.

Fox reported, “The blunt Baronova agreed to talk to Fox News Digital until her son’s food was ready. She explained that the last straw before quitting RT wasn’t any sort of on-air propaganda, but rather an Instagram message from her colleague who wrote, ‘If you are now ashamed of being Russian, don’t worry, you are not Russian,’ as Putin’s invasion of Ukraine intensified.”

She said that tone disturbed her, and she decided “That’s it.”

“If I chose to be with Russia, this does not mean that I should walk in a totalitarian system, be silent or, for example, rejoice that the regime, which I do not want for my country, is being exported somewhere else. And this regime will finally turn our life into one endless hell. What’s there. Already turned,” she said.

She already held a reputation as an activist, and in fact had protested the last time Putin “won” an election.

She joined RT in 2019, irking other Putin opponents.

She explained, “People felt betrayed when I decided to join RT. But I decided on purpose in order to have a reasonable conversation with people who are in power right now in Russia.”

She explained she believes many Russians are effectively “brainwashed” by Putin’s claims that Ukraine had been taken over by Nazis and he needed to send troops to clean them out.

But she noted that accurate information is available if people want to seek it out.

The post ‘We’re on the brink of a nuclear war,’ says Russia Today editor as she quits appeared first on WND.