Getting to Know Ron Paul Better 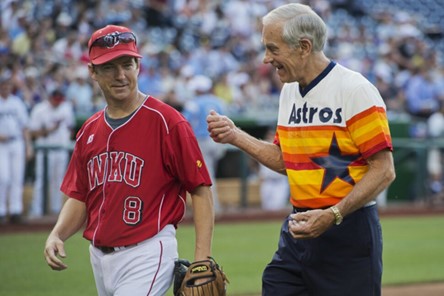 Even if you have followed Ron Paul in his communicating of libertarian ideas through the Ron Paul Institute and his Ron Paul Liberty Report show, as well as his earlier work in the United States House of Representatives and presidential runs, you are likely to find out some new information about the man in a new interview of Paul by Max Raskin.

In the interview, Paul discusses some things he does not often address in interviews or speeches, such as Paul’s reading of the bible and Paul’s morning routines. You’ll also likely learn some about Paul’s son Rand helping the 1996 campaign — the campaign that brought about Paul’s return to the US House.

You may even encounter the Yiddish word “heimish” for the first time. Raskin, in the interview, defines heimish as “unpretentious and homey” and calls Paul “ probably the most heimish politician out there.” Read here this interesting and different Paul interview.