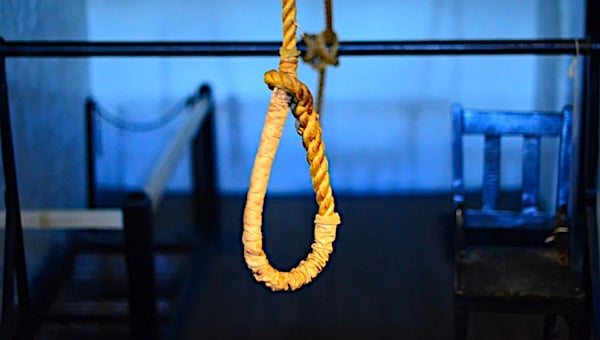 The co-president of the Swiss assisted suicide organization Exit International recently spoke to VICE about what it’s like to help people die for a living, including the increase in requests from couples who want to die together — catching himself in the common euthanasia lie that only the seriously or terminally ill can qualify for assisted death.

Jean-Jacques Bise initially claimed during the interview that “one of our doctors determines if the person meets the necessary medical criteria for us to help them [die]. The person has to have a severe medical issue or be in the terminal stage of a disease. If they meet the criteria, we look at our calendars and pick a date.”

However, he also stated, “We also helped four couples pass away together, which is a request we’re seeing more and more.

“We’re talking about elderly people who’ve been married for decades and want to be able to die together. Often, one of the two is suffering from a severe illness, or has a crippling disability. The last couple we guided had been together for 65 years. They couldn’t imagine life without one another.”

In this statement, Bise clearly and openly admitted that they are willing to break their own protocol: that a person must be critically ill to undergo assisted death. Killing a person because that person’s spouse is critically ill is clearly against Exit’s own rules, as stated by Bise. Claiming that assisted suicide or euthanasia will only be legalized to help those who are terminally ill is how these laws are initially passed. Then, once passed, it becomes an apparent free-for-all in assisted suicide organizations as further laws are pushed to loosen restrictions.

For example, two American sisters who were members of Exit recently died by assisted suicide without telling any friends or family of their plans. They told Exit that none of the assisted suicide laws in the United States could accommodate them — because they weren’t terminally ill. Yet, Exit and another assisted suicide organization, Pegasos, were perfectly willing to kill these sisters, despite their lack of illness.

In fact, in a statement concerning the sisters’ deaths, Philip Nitschke, the director of Exit International stated, “Exit International believes that all rational adults should have access to a peaceful death at the time of their choosing. This is a fundamental right, one that is not determined by the degree of sickness or suffering.”

However, the peaceful death patients are promised may actually turn out to end up with excruciating pain. Exit uses the drug pentobarbital, which is used for anesthesia before surgery — but in high doses can cause respiratory arrest. It is recommended to be administered slowly at 0.05g per minute. But during assisted suicide and euthanasia, it is administered as quickly as 9g per minute.

F. Hanna Campbell, an engineer specializing in neuropsychiatric at AI Therapeutics, says this is a big concern.

According to Campbell, there are warnings that the drug at such a dose would cause gangrene and joint pain throughout the body, as well as tissue irritation. Because pentobarbital does not reach the central nervous system immediately, there is a risk that those being killed by the drug are suffering pain before they die. Campbell also noted that this drug and others used in euthanasia are not capable of causing death or brain death within even an hour of administration, and that doctors who take part in assisted suicide and euthanasia are misleading patients.

Bise claims his job is to help people, not coerce people. However, if Exit and other organizations are misleading people, this can’t be true. In addition, the main reasons why people choose assisted suicide are because they don’t want to be a burden on their families, they are depressed, and they have lost hope — not because they want to prevent pain or have a so-called “dignified” death. This isn’t rational thinking, it’s desperation. In addition, some health insurance companies are pushing assisted suicide for individuals with conditions such as cancer, rather than offering to pay for actual treatment. That alone could coerce a person into suicide. But when help is offered as a solution rather than death, as many as 72% of older people who expressed a wish to die have changed their minds.

Bise says he is giving people “relief” and that “they feel freed” when they are dying, but evidence suggests that these individuals are being duped — as is everyone who supports assisted suicide.