Behind the Façade: Abortion Culture Is a Transhumanist Death Cult 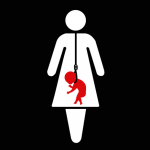 Regarding its legality vis a vis the recent SCOTUS controversy, the issue isn’t that abortion is morally correct, or even ambiguous. From a jurisprudence perspective, it’s that government enforcement mechanisms would by necessity be invasive and draconian.

Social enforcement mechanisms offer a more effective alternative to legal ones, which includes stigmatizing abortion culture for what it is: a death cult.

Regardless of how different interest groups parse the language, abortion is indisputably the intentional snuffing out of either a current lifeform or a nascent lifeform — whichever framing one chooses.

What abortion is not is “healthcare” – on par with a root canal. Nor is it a triumphant celebration of women’s rights. 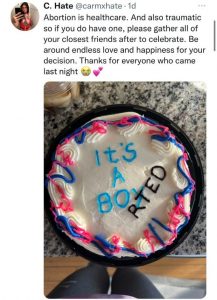 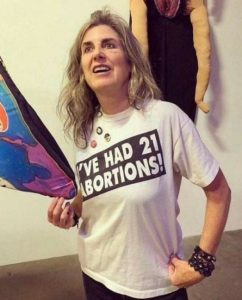 Of course, leftists will jump into any abortion debate with the argument that “abortion is only a traumatic life event because women are shamed for it” in the same vein as “transgenders only kill themselves because they are ostracized from society, not because they literally believe they’re trapped in an alien body and subsequently develop body dysmorphia.”

But social stigma aside, how inherently traumatic or not is the act of abortion itself, actually?

Let’s take a look at the clinical abortion procedure step-by-step for pregnancies over 16 weeks (called a D&E for “dilation and evacuation”) – excavation meaning “to dig up.”

Below is a direct quote from the biggest institutional cheerleader of abortion, Planned Parenthood, with an incentive to downplay its shock, for maximum objectivity. Even with Planned Parenthood’s attempt to sanitize the language in clinical terms, you can decide how inherently traumatic abortion actually is, independent of perceived social stigma:

“During a D&E abortion, the doctor or nurse will:

In plain language, the doctor pries the vagina open with a pair of medical pliers, stretches the cervix open, pushes a lubricated metal rod up into the uterus to scramble the baby parts, crushes the baby’s skull to facilitate removal, and then sucks out all the biological tissue with a medical vacuum.

Necessary or not, ethical or not, in what sane world is that a cause for celebration?

Two main forces push the abortion agenda, one less visible than the other:

The latter, and its correlation to abortion culture, again, is murkier than the former.

On-demand, walk-in-service abortion is part of the broader cultural nihilism of a society that lost touch with God — not God in the bearded Abrahamic sense, but the divine that lends meaning to life. Human life, potential or actualized, is pointless, and therefore worthless, to be flippantly dismissed or even casually destroyed the same way you crush a cockroach without a second thought.

Why is killing ants not a moral atrocity? Because their lives are believed to be inconsequential.

The anti-human ethos cuts to the core of the transhumanist agenda. The human body, life itself even, is so inherently flawed so as to invite, by virtue of its mediocrity alone, technological manipulation.

As the agenda unravels and becomes clearer, all of these seemingly separate issues converge with a single thread: manipulate life with technology, and, in the process, turn technocrats into Gods of earth.

The social engineers change norms, the fabric of society, by increment. They play the long game.

The ultimate aim is to normalize murder by medicine, under whatever auspices the corporate state can justify it. But, as they are aware, at the moment, the still-entrenched Western, Christian ethos prevents wanton, at-will state killing.

Were the state to go hog wild and immediately begin aggressive extermination of its politically undesirable subjects at will, it would likely encounter significant pushback and destabilize the entire project.

Consider the way Bill Gates, for instance, frames his support for “death panels.”

“Is spending a million dollars on that last three months of life for that patient… would it be better not to lay off those ten teachers… but that’s called the ‘death panel’ and you’re not supposed to have that discussion.”

It’s not a moral consideration for him – rather, it’s about what he thinks he can, or rather can’t, get away with (yet).

Not coincidentally, the Bill and Melinda Gates Foundation lavishes top abortion NGO Planned Parenthood with millions in grants. His father, an OG American eugenicist, served on the national Planned Parenthood board and closely directed its development into an international depopulation force.

In Bill Gates’ vision, the completed biomedical state (which he and his cronies will control behind a pseudo-democratic façade) will be empowered to make life-or-death decisions for citizens – essentially, to kill or grant clemency – and justify it in terms of cost savings, or any of a number of other potential moral rationales.

The enterprise of maiming and destroying life at the population scale (otherwise known as “playing God”) in the name of science and medicine, justified by various dubious moral claims, becomes industrialized and institutionalized – systemic, as the woke leftist would say.

Systematic murder of the political undesirable is what you ultimately get from state-run medicine when sociopaths run the state.

Perhaps the darkest truth here is that when you get to the very bottom — beyond the intentional wrecking of Western civilization by undermining its central tenant of the sanctity of human life and the transhumanism – is depopulation.

Consider Bill Gates in 2010, at a Ted Talk titled “Innovating to zero!”:

“Now, we put out a lot of carbon dioxide every year — over 26 billion tons… And somehow, we have to make changes that will bring that down to zero… This equation has four factors, a little bit of multiplication…

So you’ve got a thing on the left, CO2, that you want to get to zero, and that’s going to be based on the number of people, the services each person is using on average, the energy, on average, for each service, and the CO2 being put out per unit of energy. So let’s look at each one of these, and see how we can get this down to zero. Probably, one of these numbers is going to have to get pretty near to zero.”

[cuts to a frame of people, audience laughs uproariously]

If it isn’t obvious, the “zero” is you and your family – human life on the planet. That juicy inference is what elicited the laughter from the sycophantic audience. The cleverly titled “innovating to zero” headline ostensibly referred to carbon dioxide, but its double-meaning is clear.

The technocrats first cheapen life, then license themselves to toy with it, and, finally, to snuff it out once they’ve satisfied their sadistic impulses, like a cat clawing at an insect before finally letting it die.

Thus the true aim of the abortion agenda – just one facet of the broader biomedical death cult at its core — comes into clearer focus. You just have to put the jigsaw together.

Ben Bartee is a Bangkok-based American journalist with opposable thumbs. Follow his stuff via Armageddon Prose, Substack, Patreon, Gab, and Twitter. Please support his independent operations however you can. 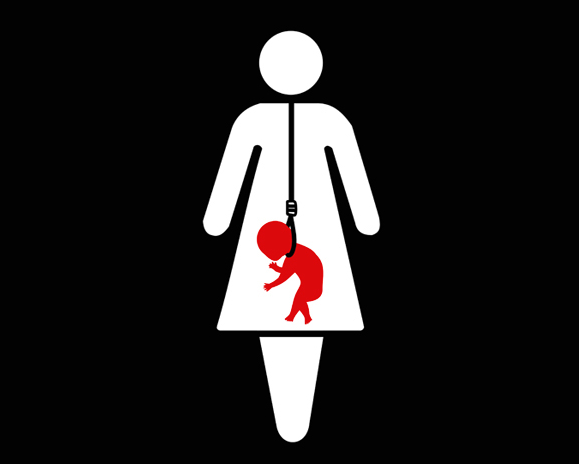 Behind the Façade: Abortion Culture Is a Transhumanist Death Cult was first posted on June 29, 2022 at 1:15 pm.
©2018 “The Daily Bell“. Use of this feed is for personal non-commercial use only. If you are not reading this article in your feed reader, then the site is guilty of copyright infringement. Please contact me at admin@example.com

Kachelman: Totalitarian Politicians Use the Evil Tactic of Political Intimidation to Control